Why do Water Softeners need Salt to Work? 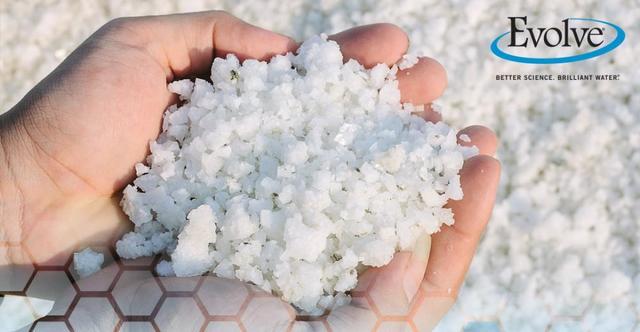 Water softeners are specialized pieces of equipment. Coming off decades of innovation, modern water softeners are smarter, more efficient, and better looking than ever before. Years and years of updates, adjustments, and advances have not changed the core idea of how a water softener works, though. Each one still needs a brine tank to help complete very important cycles that keep your system working properly.

What is a Water Softener’s Brine Tank for?

What Kind of Salt Goes in a Water Softener Brine Tank?

As necessary as salt is for a water softener, you shouldn’t just throw any type of salt you can find in the brine tank. Water softener salt comes in a variety of different forms, including pellets, crystals, blocks, and more. Are they all the same? Not by a long shot. Some manufacturers have released a wide variety of salts with additives designed to tackle other water problems, like removing iron, but these additives can damage some water softeners. In the end, the best choice is to find the purest type of water softener salt available.

Let’s say you’re perusing the hardware or grocery store shelves and see water softener bars, pellets, and crystals. Which one should you pick, or does it matter? First off, yes, it does matter, and it matters for the same reason as before: purity. Salt does not naturally form into pellets or bars. The substance has a chemical structure that means it wants to form crystal shapes. Imagine dumping a pile of table salt in a bowl and trying to pack it into the shape of a ball; it would be an impossible task without adding something to the salt to make it take shape. The pellets and bars sold for a water softener aren’t simply compressed salt, they are made with an adhesive that makes them hold their shape. As shaped salt products dissolve, that adhesive gets added to the water too, traveling into your water softener. This glue-like substance can start clogging important mechanisms inside your equipment reducing the efficiency of the system. Purity is always the best choice when it comes to salt.

Never use rock salt or road salt in your water softener as these types do not have very high standards of purity. The same salt some areas use to melt ice on roads and sidewalks in harsh winters is made to be thrown out on the ground, so it isn’t cleaned as thoroughly during the manufacturing process. If these salts are contaminated with bits of gravel, dust, dirt, or all three, it wouldn’t be a problem for your driveway. Imagine how dirty your brine tank would become if you were throwing gravel in the tank every few months year after year! The purest kind of salt offered is called “solar salt.” Made by drying out natural salt-water over time under the sun, solar salt crystals are the best to use in your water softener.

How Does Salt Help Soften Water?

To be as technically correct as possible, it isn’t the salt that softens the water, but the media inside the water softener tank itself that does most of the work. Let’s review the whole process. It all starts when the water coming from your city’s water supply or well goes into the water softener tank. Inside the tank are thousands of tiny resin spheres or zeolite crystals like Crystal-Right®, which are designed to catch and hold onto the hardness minerals, like calcium and magnesium suspended in your water. Eventually, the resin or zeolites (also known as ‘media’) fill up and can’t hold any more minerals. At this point, the water softener brings in salty water from the brine tank to “regenerate” or refresh the media. The sodium from the salt dislodges the calcium molecules, then it all gets flushed out down the drain, so the media is ready to catch more minerals and keep the water in your home nice and soft.

What Happens if you Forget to Add Salt to your Brine Tank?

Assuming you forget to add more salt to your water softener’s brine tank for a few months, you would probably get worried about what happens to your water softener and the water in your home. If there is still some salt in contact with water in the tank, you should have time to add more salt in the next day or two. If you don’t, the media in your water softener will fill up and become unable to stop heavy minerals like calcium and magnesium from getting into your regular water. If you don’t notice the difference right away, your water will return to being as hard as it was before the water softener was put in. The sooner you can get some solar salt crystals back in your brine tank, the sooner your system can regenerate and get back to providing you with clean, soft water again.

Many authorized Evolve dealers offer salt services so you never have to worry about buying the right type of salt or running out of salt and ending up with hard water again. Ask your local dealer about salt delivery options and not only will they bring the right type of salt to you, but they will also haul it down to your basement for you! Contact the Evolve dealer in your area to learn more. 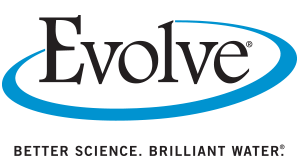